TELL YOUR STORIES. GET MORE CLIENTS.

You’re very good at what you do. But so are lots of other people. Why should clients choose you?

You might have great information for your clients. But there is nothing you can tell them that isn’t already available somewhere online for free. How can you provide actual value to your prospects?

Your clients need to trust you in order for them to choose you instead of anyone else. But building trust takes a long time, right?

Not if you show up like a real person instead of a stuffed shirt.

WE HELP HIGH-TRUST, CLIENT-DRIVEN PROFESSIONALS BECOME THE OBVIOUS CHOICE FOR YOUR PROSPECTS, SO YOU CAN SERVE MORE CLIENTS AND EXPAND YOUR IMPACT IN THE WORLD.

TRUSTED BY THOUSANDS OF PROFESSIONALS AND CLIENTS INCLUDING:

The world is changing faster than we ever thought possible. But the most important things never change.

When you show up like a real human being and build genuine relationship with the people you serve, you become the obvious choice for your clients to choose you over everyone else who does what you do.

Instead of relying on slimy marketing tactics, soul-sucking cold calling, and lame networking meetings, we give you new tools of messaging, storytelling, and human-driven marketing. These tools build trust between you and your prospects. Those prospects become your clients, and those clients expand your business and your impact in the world.

Story Greenlight founder Jeff Bartsch started playing piano at the age of 4 and began shooting video in 9th grade in a town of 1,000 people in Northwest Iowa. After two years of college and radio announcing in Omaha, Nebraska, Jeff road-tripped out to Los Angeles, where he ran out of money and dropped out of film school.

He built his 20+ year career as a television editor in Hollywood, shaping thousands of hours of content for clients including ABC, NBC, Universal, Disney, Apple, and many others. Jeff is the author of Edit Better: Hollywood-Tested Strategies for Powerful Video Editing. He is an online entrepreneur, podcaster, YouTube creator, and coach to professionals and content creators in over 40 countries around the world. 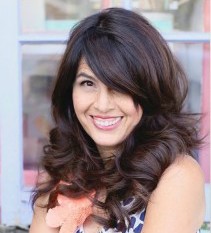 "MY ENTIRE BUSINESS IS DRIVEN BY STORY-BASED CONTENT, AND ENGAGEMENT HAS GONE THROUGH THE ROOF! I TRULY APPRECIATE ALL THE THINGS I'M LEARNING FROM YOU."

"[JEFF IS] ONE OF THE SMARTEST CREATORS I'VE EVER HEARD."

"WE REALLY ENJOYED THE CALL. ONE TEAM MEMBER CAME BACK WITH A 2-PAGE LIST OF IDEAS. THANK YOU FOR YOUR INPUT!" 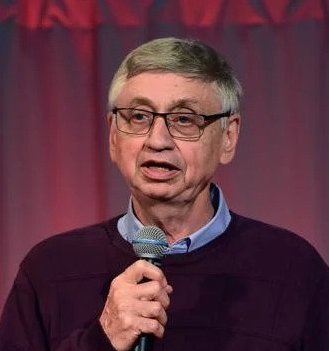 "YOU'RE MAKING ME THINK COMPLETELY DIFFERENT ABOUT EVERYTHING I'M DOING, WHICH IS EXACTLY WHAT I WAS HOPING FOR!"

GET STORY GREENLIGHT IN YOUR INBOX EVERY WEEK.

When you join the Story Greenlight Insider email list, you'll get creative coaching, trainings, and events not available to the general public.